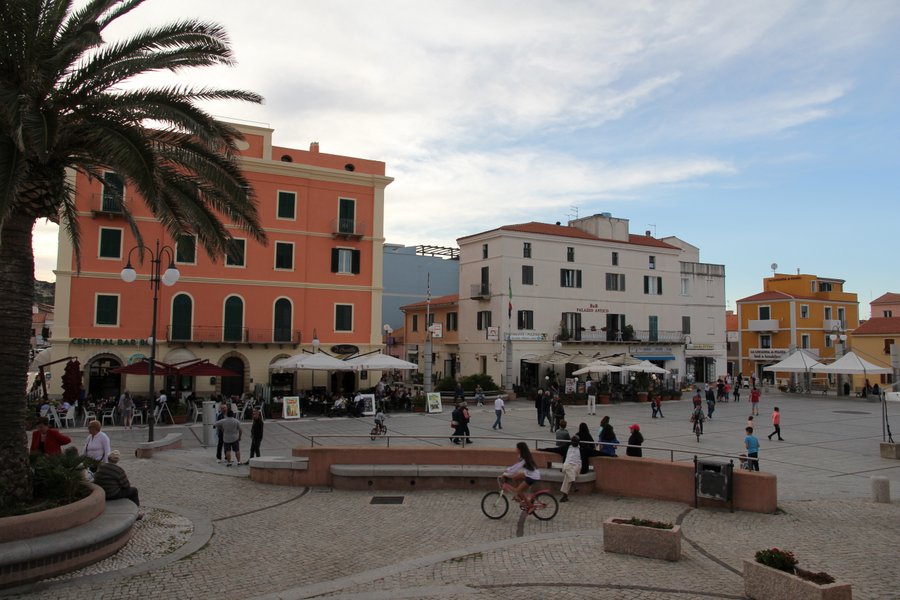 Santa Teresa Gallura has recent origins; it was founded on August 12th, 1808. After persistent requests by Captain Magnon, who was in charge of a local garrison, King Victor Emmanuel I decided to found the hamlet and drew the blueprints himself.

The name of the hamlet was chosen in honor of Maria Theresa of Austria, wife of the King of Savoia. The historic center boasts an interesting geometrical planning, featuring some quadrangular squares and straight streets. These streets intersect at right angles, inasmuch as S.Teresa was called “a tiny Turin”. To those who arrive by land, the town may seem one of the few flat Sardinian towns, extending at the end the straight road of Via Nazionale. However, those arriving by sea will immediately notice that the town is located on a rock shelf, 44 meter above sea level. From around the Spanish watchtower, dating back to the 16th century, you can enjoy a captivating panorama dominating over the Strait of Bonifacio, featuring a rather raggedy coastline.

Besides its fishing potential, the Port has always been an important communication route, given its proximity to Corsica. It is also a main harbor for leisure and tourist boating, especially to discover the Mediterranean’s most beautiful archipelago.

The main hamlets of Santa Teresa are Porto Pozzo and San Pasquale.

Porto Pozzo overlooks a deep stream. According to the legend, it was here that Homer imagined the encounter between Ulysses and the Laestrygonians.

San Pasquale is situated on a charming little hill, about 130 meters high, from which you can enjoy a fantastic panorama: the Culuccia peninsula, the outlet of the Liscia river, the islands of the Maddalena Archipelago, and Corsica’s coast.

To the West you will find Rena Bianca Beach, the most famous one in the area, along with the Islands of Municca and Municchedda. To the East, you will find the natural fjord that stretches all the way to the Port of Longone or Longosardo.

This site uses cookies, including third parties, to send you advertising and services in line with your preferences. If you want to learn more or opt out of all or some cookies click here . By closing this banner, scrolling this page or by clicking any of its elements consent to the use of cookies.Ok