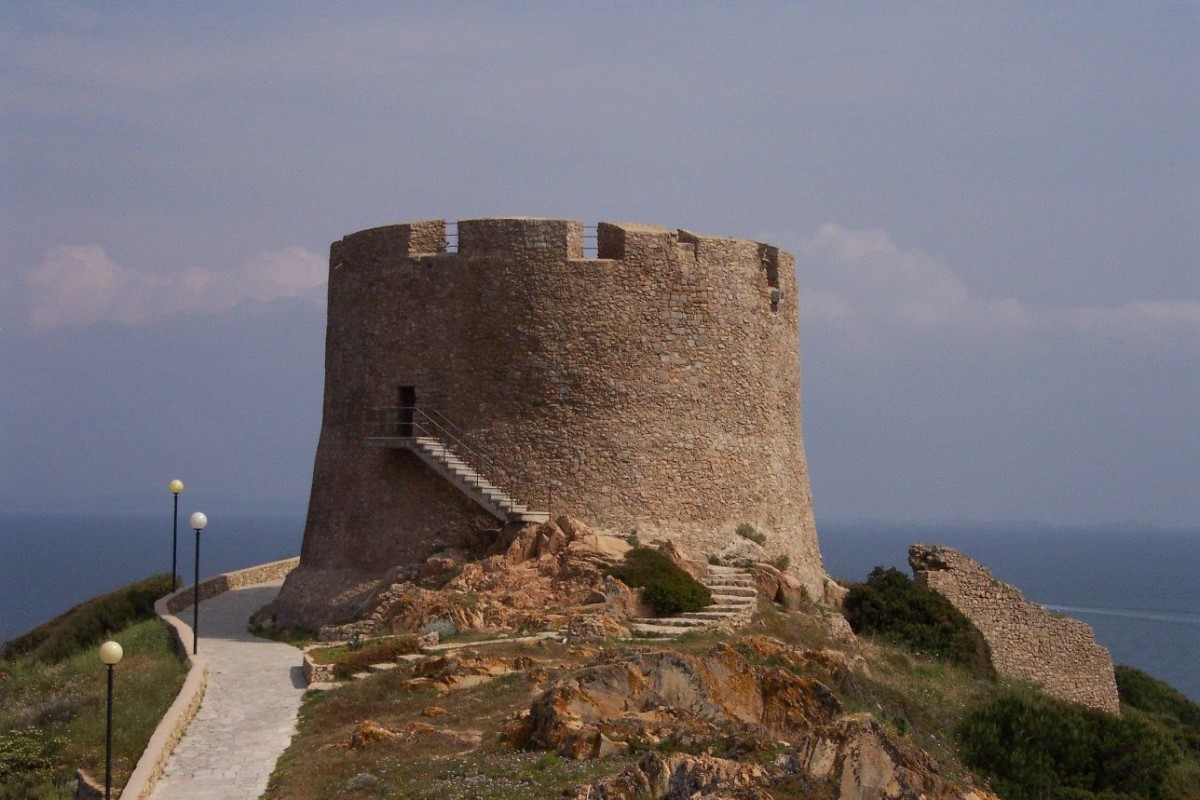 Built with granite blocks, the Longonsardo Tower is part of the first building plan wanted by King Philip II to defend the coast from incursions by the Mores and Berbers, who in previous years had ravaged the coasts of Sardinia.

Among the many interesting anecdotes relating to the tower, the one in June 1802 deserves a mention.
A small group of Sardinian emigrants, followers of Giovanni Maria Angioy, found refuge in Corsica. Then, headed by Priest Francesco Sanna Corda, they attacked and conquered the tower. During the battle, the priest was killed by the troupes arriving from the Maddalena Island. The priest died at the foot of the tower, where he was then buried, according to the legend.

Since then, Captain Pietro Francesco Maria Magnon took charge. He understood the strategic importance of the place, and the possibility of it becoming self-sustaining. Therefore, he convinced King Victor Emmanuel I to pass the decree that ordered the creation of the new town, on August 12th, 1808.

The Longonsardo Castle was built at the end of the 14th century, by order of the Giudicato of Arborea, which controlled almost the entire island. The Giudicato and the Kingdom of Aragon and Catalonia were often fighting to gain complete control of the island.

The Catalan-Aragonese King wanted to keep this territory under his domain because of the port, which granted the control of Longosardo, the possibility to take Bonifacio, and the acquisition on yet another maritime fortification. In order to better protect the Castle and the Port, the Crown promoted the creation of a small hamlet by the castle, granting privileges to those who wanted to move there.

In 1422 the castle was brutally sacked by the Genovese. The following year, King Alfonso V finally decided to destroy it because of the significant expenses needed to rebuild it. Today, the few ruins left on the Terravecchia promontory testify to its majestic size, about 120 meters long, divided into two squared building connected by a path protected by thick walls. The Castle is private property and it is not open to visitors.

This site uses cookies, including third parties, to send you advertising and services in line with your preferences. If you want to learn more or opt out of all or some cookies click here . By closing this banner, scrolling this page or by clicking any of its elements consent to the use of cookies.Ok